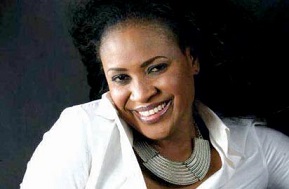 Gift Uwame Eke popularly knownas Muma Gee is a reporter’s delight any day. Two years after she got married to her hubby, she bares her mind on the important role actor Emeka Ike played in her marriage. She also talks about her childhood, her music and why she relocated to the garden city, Port-Harcourt.

What has been happening to you lately?

I’ve been so busy nowadays that I hardly have time for myself. In fact, I’ve been in the studio recording my new songs. It will interest you to know that I’m working on some new songs as an addition to my MotherLand album

Why is it taking you so long to drop another album?

Like I said earlier, I’ve been quite busy. Again, I believe in giving my fans the best. One needs to take one’s time because good work takes time. But it must be worth the wait in the end.

Fans are alleging that the delay is beacuse you are married?

I won’t agree with that. But people are entitled to their opinions.

What kind of songs are you coming out with?

It’s a 12-track album but I can’t let the cat out of the bag now. The tracks I’ll mention here are the ones I have already released such as African Woman Skillashy and my latest single, Jikele.

African Woman Skillashy is all about the African woman, her beauty and how she makes herself beautiful. An African woman is therefore not to be messed up with or looked down upon because she’s feminine. Even though she’s beautiful, she’s strong and has a sense of pride. While Jikele is a feel-good kind of song.

There are some things your fans do not know about you. What was growing up like for you?

I don’t really want to dwell much on my background. I’m from a Christian home. My parents were very strict. So, we didn’t have time for messing around or playing too much. All we did was more of domestic chores and other activities. We were also committed to our studies. In fact, I sold Akamu and Akara. My mum used to sell Akamu and we assisted her in one way or the other. Don’t mind who I am today. That I am successful today is by the grace of God and I give God the glory. After we lost our dad, life was tough for us. My mum refused to remarry and she did everything possible to cater for me and my siblings.

Does that explain why you exude so much strength as a woman?

Yes, I guess so. I may be beautiful but I know what I want and how to go for it. My upbringing has made me stronger and given me that spirit of a hustler. My mother handed down this spirit to us. Apart from this, my dad was a medical personnel in the army and he had every thing going for him.

After his death, my mum went back to square one. I can remember how she would subject us to removing corn from the cob, soak and grind them to make ends meet. Even now, it still affects me because I’m unable to sleep early.

So, that explains why you didn’t have time for guys?

So, how did you discover your talent in music?

I joined the junior choir in my church at the age of 4. I remember, I used to present special songs at church events. Even at school, I was a member of the school choir. I also used to go for various social events on Saturdays. Not only that, as one of the most brilliant students, I used to represent my school at debates.

How did you start music professionally?

For me, I decided to go into music professionally when I started watching music divas. Then, I developed the passion to go into music. So, the desire drove me into writing my own songs. I also took time to practice and create my own unique style which finally brought me fame and recognition.

How did you launch out?

As time went on, I met my first producer, Nelson Brown. He recorded my first album which was a sell out. And since then, I’ve grown from one level to the other.

Did your parents support you when you disclosed your intention to go into music?

Back in those days, no parent would agree initially. I met with a brick wall when I told my parents, I had a desire to go into entertainment. But I kept nurturing that dream even when they objected to it. After my first degree, I decided to come out fully and at that time, they couldn’t stop me because they were sure that it was what I wanted to do in life.

So, what was your experience like when you took your destiny into your hands?

Every good thing does not come easily. It wasn’t easy until after a while especially with the knowledge that I was coming out with a unique style that I refer to as Afrotastic music. But in no distant time, people started loving my music and I started enjoying the dividend.

But how do you feel especially when you observe your kind of music isn’t the widely accepted genre?

That I don’t sing Dance-hall doesn’t mean I don’t make money from my kind of music.

So, who are your fans and how do you get shows?

The same way those who sing Hip-hop and Dance-hall have their own fan base, same way I have mine too. My fans are those who love my style of music, and I get shows just like every other Nigerian artiste.

Aside music, what other things do you do?

I import dry fish and Rice. I’m also into the fashion and clothing business. And since I’m an academic person, I’m also doing my second degree in Marketing and juggling it with being the CEO/MD of GeeKlips Arts Academy.

Why did you choose to do a business such as rice and dry fish importation?

I won’t say the business doesn’t take part of my time but a good business woman seizes every opportunity, and that’s exactly what I’ve done.

What do you want to do with a second degree?

As you can see, I’m not just an artiste, I’m also into other businesses. So, Marketing will really help me be more grounded than my first degree in Theatre Arts.

So what is GeeKlips Arts Academy is all about?

It’s an academy that trains up and coming artistes professionally. We also help nurture their dreams into reality. I started the academy last year.

What has been the response?

It’s an impressive initiative I’ve nurtured artistes for years now. It was established out of my desire to assist up and coming artistes. The Academy finally kicked off this year to the glory of God. The response has been encouraging.

One has been wondering why you decided to relocate to Port-Harcourt?

I’m not just every other artiste. Life for me goes beyond just being Muma Gee. I moved as soon as it was time for me to start giving back to the society. And as they say, charity begins at home. For me, PH is my motherland, and that was why I titled my album MotherLand.

Maybe, that’s why people think you have plans to go into politics

Why should anybody think I am going into politics? Some people seem to have that notion on the internet thinking that I have gone political, especially with the title of one of my songs; Port-Harcourt Is Back. That song came about when I landed in Port-Harcourt Airport for the 17th All States Sport Festival, where I did the theme song for the opening and closing ceremony.

I was shocked to see everywhere lighted up, and I was happy because of the level of development in PH. So, I had no choice than to talk about my experience. As an artiste, it is my civic role to let the people know that there is a breathe of fresh air and that is why I did that song. I don’t have plans of going into politics.

But don’t you think you are missing a lot by leaving Lagos for PH?

I don’t think I’m missing out on anything. I’ve attended enough parties in the past. At present, I go for events where I’m paid to make an appearance that will impact positively on the lives of the people. While I was in Lagos, I didn’t attend all events. So, I miss nothing because I get booked for the right events within and outside Lagos and even beyond.

Now that you are married, how do you cope with male admirers whenever you go out?

Shockingly, it’s not only the men but also, my female admirers who add to the pressure. But the best thing in a union is having confidence and trust in your partner. It makes life easier for a healthy co-habitation.

How do you mean female admirers adding to the pressure?

What I meant is that, as I have male fans, I also have my female fans. My female fans also want me to notice them wherever I go to. So, it’s not just the male. Anytime, I go out I usually meet with my male and female fans. I’m always happy because they are proud of me, and they are willing to show love to me all the time.

How do you combine your domestic with your business engagements?

I have maids and house keepers that I instruct and supervise on how I want things to be done. They have been supportive. My husband is very understanding because he knows I have a lot on on my hands. So, we don’t have issues at all.

So far, how will you describe marriage?

This is private and I will appreciate if you respect my opinion.

How many kids should fans expect from you soon?

Fans don’t have a say in my private life. They should be more concerned about my profession.

What’s that one wish you will like to make?

That I impact life positively everywhere I go.

You seem to love your husband so much?

There’s this rumour that your husband is eight years younger than you. Is it true?

That is also personal.

Was it love at first sight?

No, the love grew with time. I will be honest with you; this was somebody I didn’t know. The only thing was that I had confidence in actor, Emeka Ike. He was my pal, so he could not have seen fire and tell me to put my hands into it. Emeka Ike played a very vital role in giving me confidence in this stranger. But now, I know him more than anyone else in the world. Since Emeka has a successful marriage, I thought his friend is not far from it and that was how I saw it.

The thought gave me the confidence at first to accept his proposal. So, after that stage, I didn’t fold my hands and just watch, I studied him as well and also prayed. When it comes to settling down, you do not relax. You have to pray properly until you peel your knees.