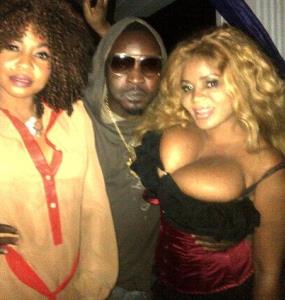 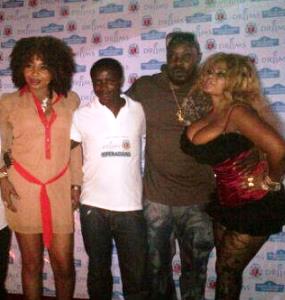 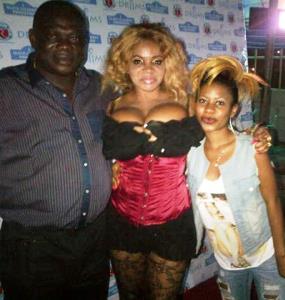 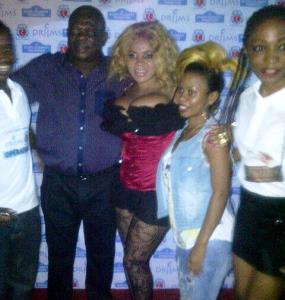 Heavily endowed actress and singer Cossy Orjiakor always made headlines where ever she goes, why? Well not to be too vulgar but it’s because of the huge set of load she carries on her chest.
The controversial entertainer was present in Bayelsa on Sunday June 23rd for the Blue Chance Fashion Show where she performed. every photo she took had a mighty head-lamps pointing out fiercely.
Also at the show was Eedris Abdulkareem and actress Benita Nzeribe.