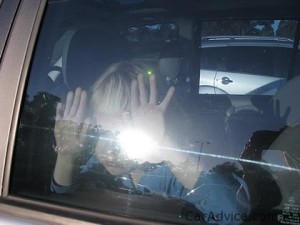 A three-year-old Yemeni boy died on Friday evening after his family forgot him in their car for almost three hours.

The incident happened in front of the child’s house in the Adhan area of Ras Al Khaimah, United Arab Emirates.

The child was transfered to Al Dhaid hospital, but died on the way to the hospital.

The family went out in the car and returned at 2pm. The father and the rest of the family got out of the car after parking it in the garage, forgetting the child in the back seat.

Three hours after returning home the family realised the child was missing, A frantic search ensued that ended with the child being discovered lying motionless in the car.

The child was in critical condition and taken immediately to Al Dhaid hospital for treatment, but he died before reaching the hospital .

An official at Al Dhaid hospital told journalists the child died of suffocation.

“The child suffocated due to the high temperature inside and outside the car,” the official said.

Police have ruled out any foul play in the incident.