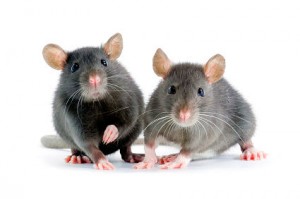 The Japanese scientists have cloned a mouse from a single drop of blood.

A team at the Riken BioResource Center reports that circulating blood cells collected from the tail of a donor mouse were used to produce the clone,

According to the researchers, the female mouse lived a normal lifespan and could give birth to young

Mice have been cloned from several different sources of donor cells, including white blood cells found in the lymph nodes, bone marrow and liver.

The investigation revealed that circulating blood cells could also be used for cloning. The aim of the Japanese scientists was to find an easily available source of donor cells to clone scientifically valuable strains of laboratory mice.

The team, led by Atsuo Ogura, of Riken BioResource Center in Tsukuba, took blood from the tail of a donor mouse, isolated the white blood cells, and used the nuclei for cloning experiments, using the same technique that produced Dolly the sheep in Edinburgh.

Somatic cell nuclear transfer, the process that involves transferring the nucleus from an adult body cell – such as a blood or skin cell – into an unfertilised egg that has had its nucleus removed.

Reporting their findings in the US journal, Biology of Reproduction, the scientists said the study “demonstrated for the first time that mice could be cloned using the nuclei of peripheral blood cells”.

The scientists say: “These cells could be used for cloning immediately after collection and no donor animals need to be euthanised.

This technique would be applicable for generating genetic copies of invaluable strains of mice, which cannot be preserved by other assisted reproductive techniques such as conventional in vitro fertilisation or intracytoplasmic sperm injection.”

Scientists in Japan have years of experience in cloning mice.

A team at a linked institute recently revealed they had produced almost 600 mice from one donor mouse after 25 consecutive rounds of cloning.

The research is aimed at large-scale production of high-quality animals for farming or conservation purposes, they say.