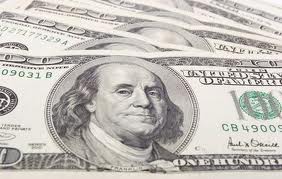 When an unemployed teacher found $20,000 in cash on the side of the road, she returned it all.

Candace Scott, from College Station, Tex., discovered a bag with a Chase Bank logo on it while driving Tuesday morning, KBTX reported. It was full of hundred dollar bills. She didn’t know the full amount.

Faced with the moral decision of a lifetime, she decided to drive to the nearest Chase Bank, and hand the bag over to the manager.

“I found something that didn’t belong to me,” Scott told KBTX. “And I wanted to return it to the person it belonged to.”

The former middle school teacher — who quit her job when she and her family relocated to College Station — told The Eagle, a local newspaper, that she’d originally worried the cash was drug money.

“I was kind of scared when I got it,” she said, “until I saw the Chase label on the bag.”

The money was meant to go to one of Chase’s ATMs, according to ABC 13. The bank was so thankful to Scott for her good deed, that they awarded her a $500 gift card.

“It is that neighborly spirit that makes Texas a great place to live,” Chase Bank said in a statement released to the station.

Scott said that keeping the money was never an option.

“There really wasn’t [ever a thought to keep it],” Scott told The Eagle. “I’m having a hard time making people believe that but it never even entered my mind. I wanted to get it back to the rightful owner because I could just