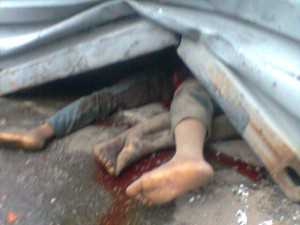 A  MAN who was on his way to his pre-wedding introduction has died in an accident on the Benin-Auchi road in Edo State.

He was said to be heading from Iruekpan village to Uromi, headquarters of Esan North East Local Government Area.

Three other relatives-his grandmother, uncle and aunt- died in the accident, which occurred last week.

Sources said they were travelling in a Toyota Sienna , which had a head-on with a heavy duty truck conveying sawdust.

It took some time before the trapped bodies were removed from under the truck.

The bodies have been deposited at a morgue.

The Toyota Sienna was damaged beyond repair, as its engine and body flew in various directions when the collission occurred.

The Head of Operations, Iruekpen Unit Command of the Federal Road Safety Corps (FRSC), Mr. John Omokandugba, said the accident occurred as the Sienna was trying to overtake.

The identity of the victims could not be confirmed.