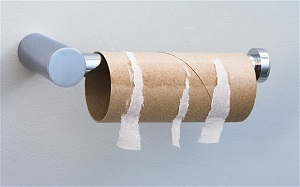 Toilet roll has been in short supply in the South American country in recent months, with economists blaming price controls imposed by the government.

The new programme, launched last week, uses crowdsourcing technology to enable users to let each other know which supermarkets still have stocks of the tissue.

Called Abasteceme – “Supply Me” in English – the free Android app has already been downloaded more than 12,000 times. Creator Jose Augusto Montiel said most downloads have been made by residents from the capital Caracas. He said: “Lots of things are in short supply, but what people are most worried about is finding toilet paper. People never knew how much they needed it until it started running out.”