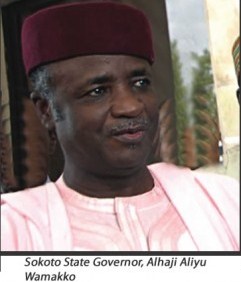 The national leadership of the Peoples Democratic Party, PDP, has summoned Governor Aliyu Magatakarda Wamakko for publicly declaring that he won’t recognise Governor Godswill Akpabio as the chairman of the PDP Governors’ Forum.

Wamakko is set to appear before the party leadership any moment from now.

A source in the party said the axe of suspension is dangling over the governor for what is being described as anti-party activities.

Wammakko is widely regarded as one of the PDP governors that supported Chibuike Rotimi Amaechi of Rivers State against the party’s anointed choice of Da Jonah Jang of Plateau State in the Nigeria Governors’ Forum, NGF, election.