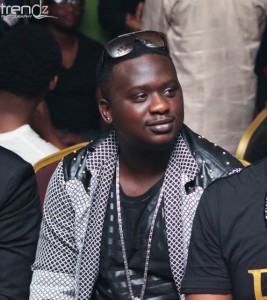 We learned that the singer disclosed this to a few associates; saying Are has ceased to function as his manager and asked that further dealings should be directed to his new management, according to industry sources.

Sources reveal that Are who is the CEO of an artiste management outfit, List Entertainment has been a long standing associate of the artiste. Are acted in the capacity of a manager to the Mo’ Hits team (which comprised of D’banj, Don Jazzy, Wande Coal, Dr. Sid, D’ Prince and Kay Switch) before the label was disbanded in 2012. Since 2005, he oversaw the careers of the individual artistes as well as a group.

When the label collapsed in 2011, Are continued to manage the career of the newly formed Mavin Records artistes : Wande Coal, D’Prince and Dr. Sid and CEO, Don Jazzy.

It is still unclear why Coal who’s working to return to the big league, is parting ways with Are. We could not immediately reach the singer for comments as he was away working in South Africa.

Are was apparently too upset to discuss the matter when we contacted him. ‘If you know me very well, you will know that Wande is too small for me to talk about. Please don’t call me again’.

We’re told a new manager, named Nana has already been appointed by the singer. Sources say that for some time, Nana had been the one responsible for most of Wande Coal’s bookings and  management.

‘Nana has been Wande’s manager for a while. Mr. Are only camouflages as his manager whenever there’s a big deal on the table. In fact he doesn’t really do much, but Wande just gives him that respect as an elderly man, and keeps him on’, one source told us over the weekend.

Terfa Tilley-Gyado, a rep for Mavin Records also confirmed that Nana now runs Wande Coal’s management. ‘Are is like the general manager for the Mavin crew, but Nana solely manages Wande Coal, and it is not as a result of any problems between them’. 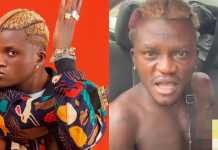