Clairvius claimed that that he was alive all these years even while he was being buried alive. The story goes that in 1962, Clairvius Narcisse went to the hospital to get a checkup after feeling extremely sick. Doctors diagnosed him with disorders including hypo-tension and pulmonary edema. Clavirvius later said that he had a high fever and was feeling like something was crawling over his skin just like bugs. Sometime later he was declared dead by the two physicians of the hospital and his sister signed his death certificate. 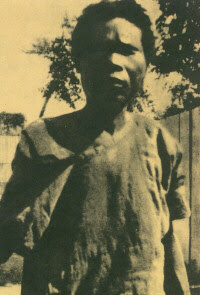 Clavirvius was buried, though he later said that he could hear everything from closing of the casket to his sister weeping besides him. A voodoo priest came to his grave, took him out of the coffin, beat him up and took him away.

He was taken to work on a sugar plantation, where he saw people just like him working and laboring. He was also given some kind of concoction everyday so that he never regained his memory. After 2 (two) years the owner of the plantation died and Clavivius walked away to his freedom but he learned that his brother was the one who had gotten him poisoned over a property dispute. Fearing his brother, he avoided his village and returned only after knowing his brother has died.

Lamarque Douyon, a Haitian psychiatrist confirmed that Clairivius is the same Clairivius that had been buried. He also got many friends and relatives that claimed his identity.

The Canadian Ethno-botanist, Wade Davis, explained that Clavivius was injected with a toxin made from toad, some poisonous plants and Sapo fish ( a poisonous fish found in Haiti) which has a hallucinogenic effect and can cause memory loss. And by frequently drugging him he had lost his memory but once the drugs stopped he started regaining his memory.

Many such cases have been reported in Haiti. It seems becoming Zombies is becoming the latest fashion trend there.
[SOURCES: wikipedia, kreyolicious]