Lagos State Governor Babatunde Fashola has assured Lagosians of his administration’s commitment to ensuring that every citizen of the state, particularly rural dwellers, has access to potable water. 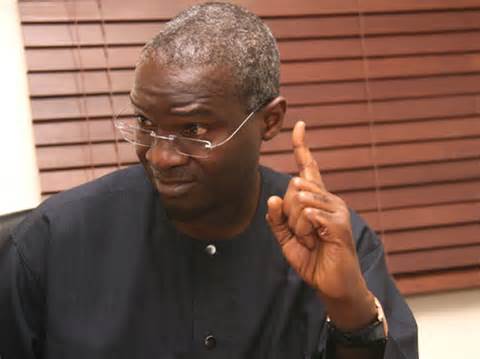 Fashola spoke during the inauguration of the Igborosun Micro Water Scheme in Badagry Local Government, according to a statement by the Ministry of Rural Development on Monday.
The governor, who was represented by the Commissioner for Finance, Mr. Adetokunbo Abiru, said his passion for providing potable water especially  for the rural dwellers, had complimented the efforts of the state water corporation with other water designs in the semi-urban and rural areas where the corporation could not extend its services to.
He said, “So far, this administration has provided 445 water projects of various designs in these rural and semi urban areas depending on the population and topography of the areas in the last six years.
“We have also approved the construction of additional 28 water projects this year in the rural and semi urban areas of the state to complement the existing ones.
“These water projects consist of 10 solar-powered modified Type A water project, 13 modified Type A water projects and five Type A water projects.
“This administration will continue to construct more water projects until every part of the state has access to potable water.”
Commissioner for Rural Development, Mr. Cornelius Ojelabi, in his remarks, said the water project was sited at the community to transform the lives of the people of Igborosun and its environs.
He appealed to the people to take ownership of the project and ensure that it was well maintained and protected from vandals.
The scheme, according to him, has a production capacity of 60,000 litres of water per run and three runs per day, which will translate into 180,000 litters per day
Chairman of Badagry LGA, Mr. Husitode Dosu, said if the people protected the project from vandals, the government would be willing to do other projects for them.
Advertisement