The Lagos State Commissioner of Police, Mr. Umar Manko, says the police are determined to stamp out kidnapping in the state. 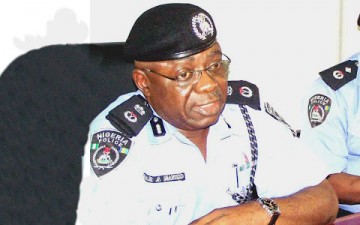 Manko, who was represented by the Deputy Commissioner of Police (Admin), Mr. Felix Ogundeji, at the inauguration of the Lekki Police post, said this in Lagos on Wednesday.

The new police post, which was refurbished by a telecoms company, Airtel Nigeria, was also given a new Hilux patrol van and a 20 KVA generator.

Manko said, “I want to assure you that in Lagos State, we are up to the task. We have reduced their sense of impunity; if they dare do it, we will get them. They cannot go scot-free.

“Anytime they strike, we fish them out and we are still flushing them out. Very soon, they will be out of Lagos State. Just wait and see.”

The commissioner further added that increased crime rate in the country was not a result of poverty or unemployment but deficiency in the national values.

He said, “If we say it is poverty that is responsible for this, check on the background of some criminals, you’ll discover that they are from rich families.

“Again, we say it is unemployment. How do we explain where someone working in the bank still collaborate with criminals to rob his company? The truth is that our values system is built on materialism and the structures are not in place to correct this.”

In his remarks, the President of the Lekki Residents Association, Mr. Wole Akala, raised the alarm over the increase in activities of kidnappers after the opening of the new Lekki Bridge.

Akala said kidnappers now fed fat on the residents and appealed to the police to come to their rescue.

Chief Executive Officer, Airtel, Mr. Segun Ogunsanya, explained that the firm decided to refurbish the station and donate the van and generator to enable the Lekki residents to have a peaceful environment for communication.

He said it was part of the firm’s community service.