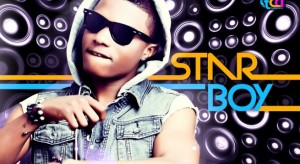 Queen Elizabeth Olympic Park will vibrate through Friday 12 July to Sunday 14 July as the best international acts would hit the stage for The Yahoo! Wireless Festival 2013. The event is an annual summer jam that has taken place in England since 2005.

Headlining this year’s concert would be Nigerian pop sensation,Wizkid who would be sharing the stage with Ghana’s Fuse ODG, as well as other International superstars such as Justin Timberlake, Jay-Z, Snoop Dogg, Trey Songz, John Legend, Kendrick Lamar, Miguel, Emeli Sande, Macklemore and Ryan Lewis, Rita Ora among others.

The full list of acts that would perform can be found at Wirelessfestival.co.uk.