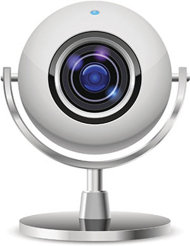 A divorced Minnesota woman discovered that the man she’d been communicating with online for roughly a year was actually her ex-husband, the St. Paul Pioneer Press reports. The woman has since filed stalking charges.

Brian Matthew Cornelius, 36, allegedly created an “elaborate online persona” before communicating with his ex-wife. During the course of their online courtship, his ex-wife revealed many intimate details of her life, including her thoughts and feelings about her ex-husband, according to the Pioneer Press article.

The paper reports that prosecutors claim Cornelius observed his ex-wife’s home through a webcam. He also convinced her to “skip a court appearance in which she was seeking an order for protection against him.” The charge against her ex-husband was then dropped, the Pioneer Press reported.

Eventually the woman was able to figure out that “Aaron Carpenter” was actually Brian Cornelius. The Pioneer Press explains that Cornelius showed up at places where the woman had told Carpenter she would be. The man known as Carpenter also said things to the woman that only her ex-husband could possibly know, according to the paper.

Confronted by his ex-wife, Cornelius allegedly admitted to using images he found online to fill out his alter-ego’s profile, according to the complaint cited in the Pioneer Press piece. The two were married for 11 years and have two children.

Cornelius faces two counts of gross misdemeanor stalking. He is scheduled to appear in court on the stalking charges next month.