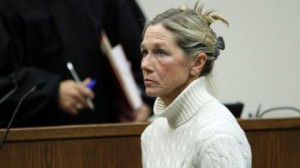 On the same day that the Illinois state Senate approves same-sex marriage, a former bookkeeper for the cash-stripped town of Dixon is sentenced to 20 years in prison after embezzling $53 million into her own pockets.

One door opens, another one closes.

How did Rita Crundwell get away with what authorities have called the largest municipal fraud in the country’s history?

According to prosecutors, Crundwell was able to pull off this scheme for over 20 years by creating phony invoices for bogus services and supplies. She also used the city’s funds to pay her bills, which was wire transferred directly into a private bank account she had set up.

For more than two decades Crundwell has been living a lavish lifestyle with no concern for the townspeople. Before she was actually caught, her ploy left Dixon city employees with no raises, old equipment never got replaced and the city’s infrastructure was crumbling.  Agency head, Michael Stichter, recounted how Crundwell rejected his requests for equipment and told him, “If you knew where a money tree was, I’d be willing to get you a dump truck.”

This “fiscal crisis” she carefully crafted allowed her to run two horse farms that produced 52 world champions (she was apparently one of the greatest horse owners anybody has heard of), a $2 million motor home, luxurious cars and over $340,000 in jewelry.

It wasn’t until she took a lengthy vacation back in 2011 that her fraudulent behavior was uncovered. While she was out of the office, her replacement stumbled upon some receipts showing irregularities in the city’s accounts amounting to $267,000 in withdrawals for the month of September.

Once Mayor James Burke found out that none of the withdrawals she made were for city business, the FBI was brought in.

But they didn’t pounce on her right away. They let her keep on playing her little game.

After the FBI was informed, they quietly watched her for half a year as she took at least $3.2 million from the city, according to prosecutors.

On April 17, when Burke called her into his office, three FBI agents were waiting for her.

“These three gentlemen here would like to ask you some questions,’” Burke said. And that was the last time he spoke with her. “I remember looking at the expression on her face and it never changed.”

Apparently, Crundwell always waltzed around town all rainbows and butterflies – the nicest woman around. Now the entire world knows why.

Last year, she pleaded guilty to wire fraud in connection with the scheme and although her lawyer asked for a more lenient sentence, the judge wasn’t having it.

“You have much better passion for your horses than the people of Dixon who you were supposed to represent,” said US District Judge Philip Reinhard.

Crundwell still faces around 60 state charges of felony theft, each of which carries a potential sentence of up to 30 years in prison on conviction.