Sepp Blatter has given a glowing endorsement of Brazil’s World Cup stadiums with a year to go until the finals. 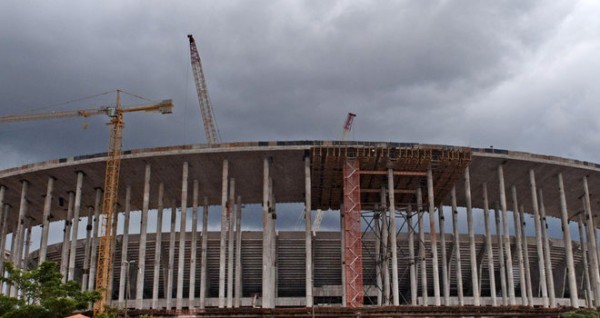 The FIFA president is due in the country this week to attend the Confederations Cup, the event customarily used as a test run by the World Cup’s host nation.

Work on six stadiums has been completed in time for the eight-team tournament, but five more remain unfinished and organisers have been told FIFA will not extend a December delivery deadline.

Speaking to FIFA’s website ahead of his Brazil trip, though, Blatter preferred to praise the design of the arenas rather than issue a further warning.

He said: “I’ve seen photos of the stadiums and I really must congratulate the architects entrusted with the design.

“They represent the jewel in the crown of the respective cities. I’m delighted to have been given the opportunity to go to Brazil 2013 and visit all these cities.”

The 71,000-capacity Estadio Nacional in capital Brasilia will host this Saturday’s opening game between the hosts and Japan.