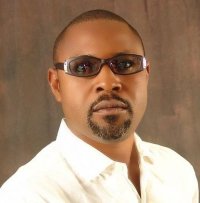 Funny Nollywood actor Saidi Balogun has come forward to shut down rumors have been spreading all over the internet of his alleged wedding plans to Oba Elegushi’s daughter, Funke Sofowora.

Saidi spoke with fury saying “I’m neither getting married nor engaged on July 7″.

In an interview with Movie Moments, the comic complained further, saying “Everyone knows that I’m premiering my film, You and I, on July 7, and I wonder why anyone would jump into conclusions that I would be getting married on the same day. I’m not engaged to the person written about even though she’s my friend.
“I don’t know where the story emanated from or the aim behind it but I’m not getting married to anyone on July 7, 2013, the lady in question is a friend like I said and she’s not happy with this tale.”