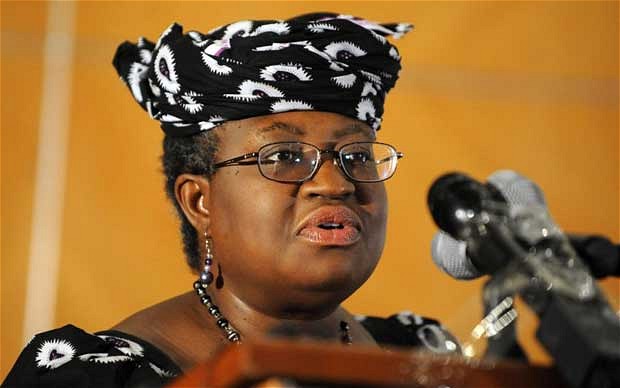 Minister of Finance and coordinating Minister for the Economy, Dr. Ngozi Okonjo-Iweala, on Wednesday denied fuelling the 2013 budget amendment proposal face-off between the Executive and the Legislature.

Her reaction came on the heels of allegations by National Assembly members on Tuesday that the Minister was pitting them against the executive, citing her comments on the issue as blackmail against them.

Already, the House of Representatives has summoned Mrs. Okonjo-Iweala to appear before their Joint Committees on Appropriation/Finance and Legislative Compliance next Tuesday to “throw light on her utterances.”

However, while fielding questions from Journalists at the Presidential Villa, Abuja, the Minister said the Executive arm of government had a good working relationship with the Legislative arm.

She said, “It is absolutely untrue, we are not pitting anyone against anyone, we have been working with Senators and House of Reps in a very collegial manner, we are working with them. The use of that headline was mischievous.

“We are working with them because we do have to solve the problems that will enable us to move forward and it is being done in a collegial manner. So, this is why the media has to be careful about the type of headlines it puts on.

“Nobody is trying to pit anyone against anyone. We will work with the Senate and the National Assembly in a collegial manner to solve the problems before us in budget 2013 and I am full of confidence that they will indeed be solved.”