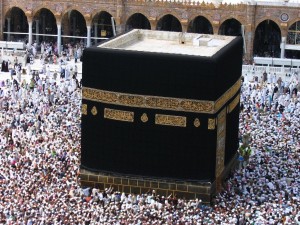 Saudi Arabia will not issue Haj visas this year for the elderly and people with chronic diseases in a bid to prevent the spread of the SARS-like Mers (Middle East Respiratory Syndrome) coronavirus during the upcoming pilgrimage season, the Health Ministry said on Saturday.

The kingdom, the which has become home to a new respiratory virus, also asked that pilgrims coming from across the Muslim world to visit its holy sites wear face masks in crowded places.

The list of Health Ministry recommendations carried by the Saudi Press Agency also advised the elderly, or those with chronic diseases, to postpone their pilgrimage.

Local press reports said no age limit was set, but the elderly who were medically unfit to travel would not be considered for pilgrimage visas.

The main pilgrimage season comes in October but hundreds of thousands also visit the kingdom during Ramadan, which began last week.

Saudi Arabia announced two deaths on Sunday, bringing to 38 the number of deadly cases in the kingdom.

The new virus is related to Sars, which killed some 800 people in a global outbreak in 2003. It belongs to a family of viruses that most often cause the common cold.

Millions of Muslims flock every year to holy sites in Saudi Arabia to perform the Haj, making it one of the world’s biggest annual gatherings.

The strain of coronavirus, called Mers-CoV, was first discovered in 2012 in a man in Saudi Arabia.

The World Health Organisation has confirmed a total of 80 Mers cases worldwide, including 45 deaths.