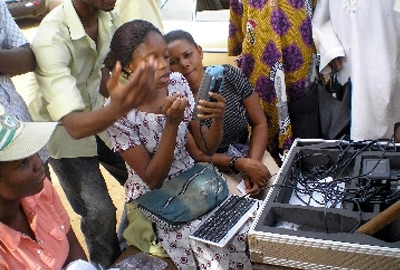 The Federal Executive Council (FEC) on Wednesday approved the sum of N459 million for the Independent National Electoral Commission (INEC), to procure 17,000 customised and configured smart card readers for voters’ authentication during elections

Speaking with State House Correspondents on the outcome of FEC meeting presided over by President Goodluck Jonathan in Abuja, Minister of Information, Mr Labaran Maku, said the contract for the procurement was awarded to Messrs Zinox Technologies Ltd at the rate of N27,000 per card with a completion period of six months.

Maku said the approval was in line with the resolve of the current administration to ensure free, fair and credible elections.

The Minister said the smart card readers could be deployed to polling stations during elections and would be used to verify the identity cards of registered voters.

“The proposal is clearly to ensure that all those who have fake identity cards are identified in all future elections.

“So, when you bring your voter card and there are doubts, it will pass through a process to verify the authenticity of the cards.

“Since the voter cards now have biometrics, it will be easy for the smart card readers to verify the identity of those who come out to vote during elections.

“This is to completely stop incidence of double voting which often occur during elections.

“It is also to ensure that those who vote are citizens that have been duly registered to vote in specific constituency where the election might be holding,” he said..

Maku said the approval was for the first batch and there would be subsequent two installments to cover the numbers needed for all polling centres in the country.