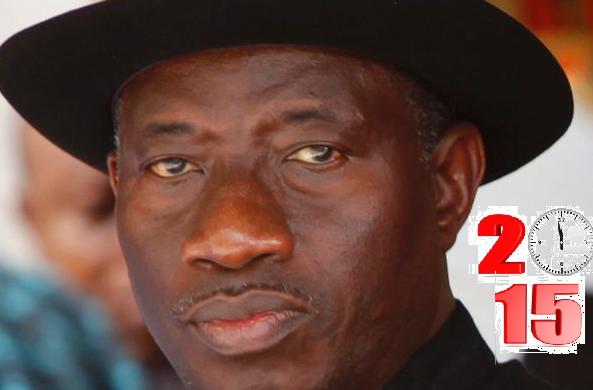 Embattled governor of Rivers State, Mr. Rotimi Amaechi yesterday declined throwing his weight yet behind President Goodluck Jonathan’s rumoured re-election bid in 2015 because the President had not told him yet of his plan to contest.

Mr. Amaechi also alleged that the crisis rocking the Nigeria Governors Forum (NGF), was a deliberate ploy by the ruling Peoples Democratic Party (PDP) to undermine the governors.

The governor is currently enmeshed in battle for political survival on all fronts as the national leadership of PDP has placed him under suspension with the state chapter purportedly expelling him outrightly over his alleged romance with the opposition.

His state House of Assembly is also divided between forces loyal to him and those in Abuja represented by his former Chief of Staff, Nyesom Wike. The police commissioner in Rivers State is also allegedly being used by the Federal Government to hound his loyalists while tacitly lending support to the governor’s political opponents and all this is happening because there are fears, according to Amaechi, that he is working against the return of Mr. Jonathan to office in 2015.

This much was confirmed by the governor in an interview he granted the British Broadcasting Corporation (BBC) Hausa Service, monitored in Abuja yesterday.

Mr. Amaechi, whose responses were translated in Hausa to listeners, said those accusing him of constituting a threat to Mr. Jonathan’s re-election are missing the point because as he put it: “Has Goodluck Jonathan told you that he wants to run? If he wants to contest, he will call me and inform me. And then we will look at it.”

When asked by the moderator of the programme whether there was any reason why he might not want to support the President having come from the same geo-political zone, Amaechi retorted: “I don’t understand what you mean by I come from the same zone as the president and if there is any reason why I cannot support him. I’ve told you that the President is yet to say whether he wants to run or not.”

However, when the interviewer would not let go and again suggested that the governor’s refusal to answer the above question was responsible for his problem with the Presidency, an irritated Mr. Amaechi responded, “What makes the question simple? You want me to become a prophet and determine that the president will contest? Assuming I say today that I will support the President and tomorrow the President says he is not contesting. Let the President inform me that he wants to contest. Don’t accuse the president of doing something that he is not responsible for. If he decides to contest, he will call those that he wants to support him. That would be the time that we will discuss the issue.”

On the widely held belief in some quarters that his positioning himself to be a presidential running mate in 2015, he retorted, “Why won’t you wait till 2015? My focus for now is how to govern Rivers State and ensure that the people benefit from my administration.”

On the rumours that he plans on defecting from the PDP since he has been suspended, he said, “I am not; I am in court with the PDP because I don’t think they followed the process in taking that decision against me. I want the court to determine whether what they did was right.”

On his alleged romance with the opposition, Gov. Amaechi said: “How did they know that? Have they seen me in any opposition meeting? Because I hold different views from the leaders of the party, then they will say I am in the opposition?”

Responding to a question on reports that he and some aggrieved northern governors are planning on floating a new party, the Rivers governor said: “I don’t know. I have no idea about any group. All I know is that there are some of us who don’t like the way things are being done. There is the need to address these issues.”

When pressed to shed more light on their bone of contention with the leadership of the PDP, he responded, “It is all muddled up. You won’t talk about governance without talking about the party. The party needs to look at the direction the government is going…If we want victory at the polls, we have to correct these things. The party is not consulting enough; it seems as if the party wants to undermine the governors. What you see in the NGF is a deliberate attempt to cause confusion and division among the governors.”