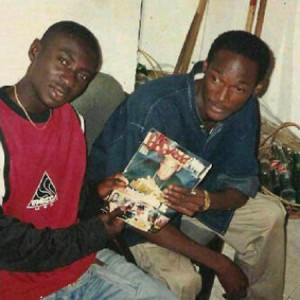 2face Idibia has been accused by Blackface for stealing the song he wrote – “African Queen”.

The former Plantashun boiz member, Blackface, insists that he composed the hit song hence must share in the glory and therefore is entitled to whatever revenue 2Face earns from the song.

For the first time concerning this issue, 2Face Idibia’s team has reacted to the claim by saying “2Face doesn’t owe Blackface anything”.

According to a rep for the singer, “African Queen” was produced under the Kennis Music imprint, and as such 2Face cannot personally be held responsible for paying his former group member.