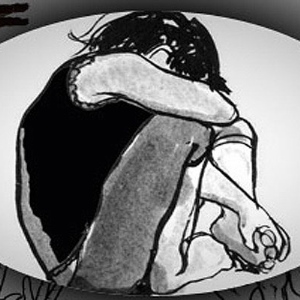 A 62-year-old retired Rajasthan state government employee was arrested Wednesday after his five daughters, all married now, levelled several serious charges of s*xual exploitation, molestation and rape against him.

In a joint 11-page complaint to the police, two of the five daughters have stated that their father Babu Lal Dhakar, former supervisor with the state agriculture department, molested them several times prior to their marriages. The molestation took place as soon as the daughters entered Class eight, and continued till they lived in his house at Bayana village, some 150 km from the capital Jaipur.

Dhakar also used to show p*rnographic material to his daughters before molesting them. He even took them to various places in India, booking them into cheap hotels and then r*ping them, at the same time threatening to do the same to their younger siblings, if they resisted.

The daughters are believed to have tolerated these acts out of fear of infamy, but decided to teach their father a lesson once they realised that he was repeating the same with his granddaughters. Mother Shakuntala Dhakar, a co-conspirator in the heinous crime, has also been arrested.

“The man has five daughters, all of whom are now married. The crime committed by him came to the fore when his daughters approached us on Tuesday and lodged a complaint alleging r*pe, molestation and various kinds of s*xual exploitation.

“One daughter alleged that she was sexually exploited between 1999 to 2003 while she was studying in college. When she got pregnant, her father forced her to abort the child. The victim told her mother about the sexual exploitation, but she ignored her complaint saying that her elder sisters were also similarly raped by their father and it was a family tradition. The mother advised her not to mention it to others and simply forget it,” Anshuman Bhumiya, Superintendent of Police, Bharatpur, told Gulf News over phone.

“The victim got married in 2007 and later had two daughters. But recently when she came to her parents’ house, she was shocked to discover that her father had misbehaved with her three-year-old daughter. She then decided to take the matter into her hands and lodge a police complaint. Dhakar’s wife Shakuntala has also been arrested for supporting him in his perversion,” Ashok Chouhan, Station House Officer (SHO) of Bayana Police Station told Gulf News over phone.

After recording the statements of two daughters, the police contacted the other three sisters who also admitted that they were repeatedly r*ped by their father. Both the parents have now been sent to judicial custody till July 31 by Additional Chief Judicial Magistrate Dalip Singh.

Chouhan finds it quite shocking that Dhakar’s wife knew about the r*pes all along yet did not try to stop him. He describes the crime “as one of the cruelest acts of perversion.”

Bhumiya said that following the repeated assaults, the five daughters had to undergo several abortions. So much so that the eldest daughter had to undergo one abortion just 15 days before her marriage.

“All girls have stated that they brought the matter to the attention of their mother several times before marriage but she chose to remain silent over it. Now all the daughters regret not approaching the police earlier. They should have done this much earlier. Now their only demand is that both their parents be given the harshest possible punishment.

“What a shame that the mother calls it a family tradition. I wonder what kind of a tradition is this and how many families have such a culture of r*ping their daughters and granddaughters. We need to investigate all such crimes and put the culprits behind bars. The entire tribe of the family needs to be educated about the moral values so that such things are not repeated,” Bhumiya added.