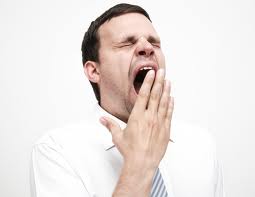 Why am I tired all the time?!” Have you been asking yourself this question lately?

It may be more than just a lack of sleep.

But first, try this test: For two weeks, add some healthy changes to your routine, including sleeping more, going out a little less often, eating a better, more nutritious diet, drinking more water, and cutting back on caffeine and alcohol.

“If you’re still feeling the symptoms of fatigue after those changes, then you need professional help,” says Sandra Adamson Fryhofer, MD, an internist in Atlanta. Excess exhaustion could be the sign of a more serious medical condition, including the following most common problems:

The fatigue caused by anemia is the result of a lack of red blood cells, which bring oxygen from your lungs to your tissues and cells. You may feel weak and short of breath. Anemia may be caused by an iron or vitamin deficiency, blood loss, internal bleeding, or a chronic disease such as rheumatoid arthritis, cancer, or kidney failure. Women of childbearing age are especially susceptible to iron-deficiency anemia because of blood loss during menstruation and the body’s need for extra iron during pregnancy and breastfeeding, explains Laurence Corash, MD, adjunct professor of laboratory medicine at the University of California, San Francisco.

Symptoms: Fatigue is a major one. Others include extreme weakness, difficulty sleeping, lack of concentration, rapid heartbeat, chest pains, and headache. Simple exercise, such as climbing the stairs or walking short distances, can cause fatigue.

Sugar, also called glucose, is the fuel that keeps your body going. And that means trouble for people with type 2 diabetes, who can’t use glucose properly, causing it to build up in the blood. Without enough energy to keep the body running smoothly, people with diabetes often notice fatigue as one of the first warning signs, says Christopher D. Saudek, MD, professor of medicine and program director for the General Clinical Research Center at the Johns Hopkins University School of Medicine.

Tests: There are two major tests for diabetes. The fasting plasma glucose test, which is more common, measures your blood glucose level after fasting for 8 hours, usually first thing in the morning. A second test is the oral glucose tolerance test (OGTT), where blood is drawn twice – just before drinking a glucose syrup, then 2 hours later.

Symptoms: Hyperthyroidism causes muscle fatigue and weakness, which you may notice first in the thighs. Exercises such as riding a bike or climbing stairs become more difficult. Other symptoms include unexplained weight loss, feeling warm all the time, increased heart rate, shorter and less frequent menstrual flows, and increased thirst. Hyperthyroidism is most commonly diagnosed in people in their 20s and 30s, but it can occur in older women and men too, says Robert J. McConnell, MD, codirector of the New York Thyroid Center at Columbia University Medical Center in New York City.

Hypothyroidism causes fatigue, an inability to concentrate, and muscle soreness, even with minor activity. Other symptoms include weight gain due to water retention, feeling cold all the time (even in warmer weather), heavier and more frequent menstrual flows, and constipation. Hypothyroidism is most common in women over age 50. In fact, as many as 10% of women past 50 will have at least mild hypothyroidism, says McConnell.

Tests: Thyroid disease can be detected with a blood test. “Thyroid disorders are so treatable that a thyroid test should be done in all people who complain of fatigue and/or muscle weakness,” says McConnell.

Depression is a major illness that affects the way we sleep, eat, and feel about ourselves and others. Without treatment, the symptoms of depression may last for weeks, months, or even years. So it’s important to recognize the warning signs and get help.

Symptoms: People experience depression differently, but commonly, depression can cause decreased energy, changes in sleeping and eating patterns, problems with memory and concentration, and feelings of hopelessness, worthlessness, and negativity.

Tests: Your doctor may be able to identify it by asking you a series of questions. If you experience five or more symptoms below for more than 2 weeks, or if they interfere with your life, see your doctor or mental health professional.

• Fatigue or loss of energy
• Sleeping too little or too much
• A persistent sad, anxious, or “empty” mood
• Reduced appetite and weight loss, or increased appetite and weight gain
• Loss of interest or pleasure in activities once enjoyed
• Restlessness or irritability
• Persistent physical symptoms that don’t respond to treatment, such as headaches, chronic pain, or constipation and other digestive disorders
• Difficulty concentrating, remembering, or making decisions
• Feeling guilty, hopeless, or worthless
• Thoughts of death or suicide

RA happens when your immune system turns against itself and attacks healthy joint tissue, sometimes resulting in irreversible damage to bone and cartilage.

Symptoms: Many symptoms (such as fatigue, low energy, loss of appetite, and joint pain) are shared by other health conditions, including fibromyalgia and lupus. Also, anemia and thyroid disorders, which also cause fatigue, are even more common in people with RA, according to John Klippel, MD, president and CEO of the Atlanta-based Arthritis Foundation.

Tests: A thorough physical exam by a rheumatologist can provide some of the most valuable evidence of the disease, but there is also a test for the presence of rheumatoid factor, an antibody found in the blood. About 80% of people with RA test positive for this antibody, but the test is not conclusive.

Sleep apnea is a disorder characterized by brief interruptions of breathing during sleep. In the most common type, obstructive sleep apnea, your upper airway actually closes or collapses for a few seconds, which, in turn, alerts your brain to wake you up to begin breathing again. Someone with obstructive sleep apnea may stop breathing dozens or even hundreds of times a night, says Roseanne S. Barker, MD, former medical director of the Baptist Sleep Institute in Knoxville, TN.

Symptoms: Sleep apnea is often signaled by snoring and is generally followed by tiredness the next day. Because sleep apnea can lead to heart disease, high blood pressure, and stroke, it’s important to be tested.

Tests: This involves an overnight stay at a sleep clinic, where you’ll undergo a polysomnogram, which is a painless test that will monitor your sleep patterns, breathing changes, and brain activity.

People who suffer from CFS feel too tired to carry on with their normal activities and are easily exhausted with little exertion.

Symptoms: Other signs include headache, muscle and joint pain, weakness, tender lymph nodes, and an inability to concentrate. Chronic fatigue syndrome remains puzzling, because it has no known cause.

Tests: Unfortunately, there are none. Your doctor must rule out other conditions with similar symptoms, such as lupus and multiple sclerosis, before making the diagnosis.

Remember that if you’re struggling through your day, talk to your doctor. Exhaustion can be your body’s way of signaling a real problem, so rule out serious conditions that need to be treated. If you find that you don’t have a condition that’s standing in your way, ask your doctor about more customized steps you can take to start feeling better and more energized.