Local police in Wuxue, Hubei Province, said on Monday that they are still investigating the case where a 7-year-old boy got sexually transmitted diseases (STDs) after allegedly being molested by a math teacher for six months, China. 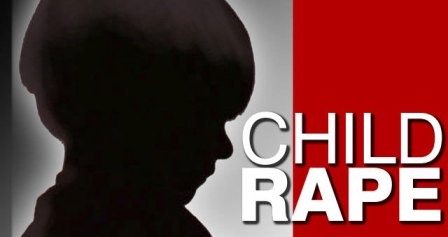 “We started to look into the case after Peng turned to us on Thursday,” Zhang Guosheng, a police officer from Longping county, was quoted Monday by the Traffic and Economic Radio in Hangzhou, Zhejiang Province.

The boy’s mother, surnamed Peng, exposed the case Saturday to the radio station in Hangzhou, where she had previously worked. She said that police had stalled the investigation and she had no choice but to make it public.

Peng said that her son, a first grader at the elementary school in Shadun village in the county, was lured with snacks offered by a third grade math teacher surnamed Huang, 30. She said Huang abused the boy in many locations, including the school’s men’s room.

A medical checkup by the Guangzhou-based Nanfang Hospital earlier this month showed that the boy suffers from several venereal diseases. “My son has to go to pee every one minute, sometimes he cannot control himself and wets his pants,” the mother said, adding that she decided to take her son for treatment in Wuhan, capital of Hubei.

Zhang said police had taken the boy to identify the scenes where he was assaulted and are currently trying to contact the other alleged victims.

“The investigation will take 10 days,” Zhang said.  An unnamed official with the city’s education bureau said that they have to wait for the results of the police investigation before taking action.

Li Ying, a lawyer with the Beijing-based Juntai Law Firm, told the Global Times that the male teacher, if convicted, is likely to receive a lighter penalty for sexually harassing a boy than for a girl.

“According to criminal law, the suspect can be sentenced up to death on rape charges if the molestation is on a girl. However, the suspect will only be indicted for sexually assaulting a boy aged below 14,” said Li.

Li added that she thought this was unfair as “damage from sexual assault at such a young age will last for a whole lifetime.”