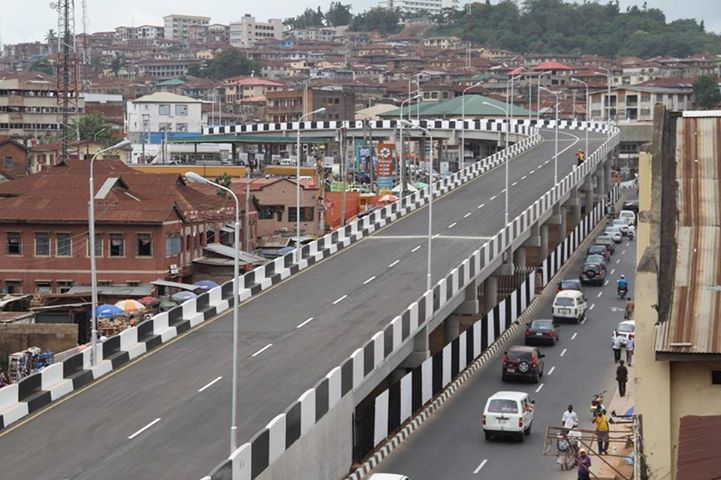 The roforofo fight between the former governor of Oyo State, Senator Rasheed Ladoja and the incumbent, Senator Abiola Ladoja, took a different dimension yesterday as the state chapter of the Accord Party challenged Governor Ajimobi to make public his O’Level certificate and the Master of Business Administration (MBA) he claimed to have bagged.

The Accord Party in the state, sponsored by Ladoja, claimed Governor Ajimobi made only three credit passes at his O’Level; a feat, the party said, was surpassed by its leader, who made three distinctions in his O’Level examination.

The AP was reacting to a statement by the state chapter of Action Congress of Nigeria (ACN) which faulted Ladoja’s engineering certificate after he attributed the construction of barriers at both ends of the newly commissioned flyover in Ibadan to the poor quality of work done.

The state ACN was quoted as saying in a statement by its publicity secretary, Dauda Kolawole, that “We wonder which school of engineering Ladoja passed through. Was he ever taught Introductory Highway Engineering in school? If he was, even though he claimed to be a Chemical Engineer, this naivety, dressed in the robe of ignorance, would have been addressed at such an elementary level. This naivety is too striking and recommends that his engineering certificate be withdrawn forthwith.”

But in its reaction in a statement issued to Journalist in Ibadan on Thursday by its media director, Mr Dotun Oyelade, the Accord Party described the reaction of the ACN to the interview granted by Ladoja as “bad as the (Mokola) flyover.”

The statement said it was unfortunate that the ACN could doubt the genuineness of the Chemical Engineering first degree certificate Ladoja bagged from the almost 200-year-old University of Liege, Belgium.

“Ladoja finished his secondary school at Ibadan Boys High School in 1963 with three distinctions and had his Higher School Certificate at Olivet Heights, Oyo with distinctions in Pure and Applied Mathematics, as well as Physics and Chemistry.

Mr. Oyelade therefore, challenged Governor Ajimobi to produce his result if it was anywhere near Ladoja’s and also brandish his three credits in his Higher School Certificate result.

On ACN’s argument that the barriers erected at both ends were to minimise road casualties by barring articulated vehicles and other heavy trucks from plying the bridge, the Accord Party wondered why, after more than two years in office, the ACN government had not thought it wise to erect similar barriers at the Molete overhead bridge, which was built 35 years ago.

The party also frowned at the cost of building the 470-metre two-lane Mokola bridge put at N3 billion by the state government when a 620-metre four-lane bridge in Abeokuta, including adjoining roads, built by the same contractor, cost the Ogun State government N1.5 billion.