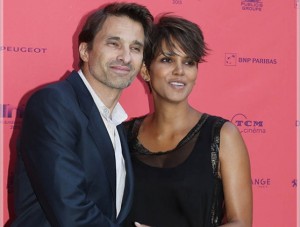 According to very reliable sources, Oscar-winning actress Halle Berry will be entering wedlock for the third time with French actor Olivier Martinez  this weekend.

We are hoping this will be the sexy actresses last wedding after experiencing not 1 but 2 failed marriages.

Halle Berry even swore after her 2nd failed marriage that it would be her last but seem to change her mind after meeting Martinez on a movie set in South Africa in 2010. The actress revealed to InStylemagazine her dreams of walking down the aisle for the third time and that if she did it wouldn’t be a grand wedding.

“I haven’t been to many weddings, but I went to one this weekend with 250 guests. I thought, Wow—so this is a wedding, huh? I’ve never had that, nor have I wanted that. I wasn’t even trying to catch the bouquet!”

“Who knew?!” she told Extra this past weekend, when rumors of her impending nuptials leaked. “I swore it off, right? Never say never, people!”

Famous media outfit E! News reports that Martinez’s ring’s designer is “real artist” Robert Mazlo, a jeweler from his Saint-Germain-des-Prés neighborhood in Paris, whose family has been designing jewelry for “kings and queens for many centuries.”

Halle Berry is 46 years old and just one year younger than her beau Martinez, 47; the couple are expecting their first baby – a son, in September.