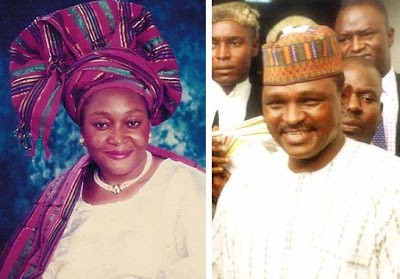 Elder statesman, Chief Edwin Clark has hailed the Court of Appeal ruling which discharged and acquitted Major Hamza Al-Mustapha, who has been standing trial for the past 15 years over the murder of Alhaja Kudirat Abiola, wife of presumed winner of the 1993 presidential elections, Chief M.K.O Abiola, as justified.
He, however, called for a review of the criminal justice system.

Chief Clark, who made his position known in a statement released in Abuja on Tuesday, said that as a lawyer of 50 years, he believed that it would amount to sheer injustice and gross abuse of natural and human rights to incarcerate Al-Mustapha for a period longer than the time that the sanction for the charge would have been, in the event of return of a guilty verdict.

The Ijaw leader, however, blamed the development on the system which he says makes court cases to  drag and suffer unnecessary adjournments for many years.

According to him,  “ I recall that sometime in November 2011, I appealed to the Federal Government and the Lagos State government to pardon Al-Mustapha on the grounds that the trial is becoming punitive and had taken over 12 years at the time.

“Now that he has been freed by the Court of Appeal, he should settle down, get integrated with other Nigerians and there should be the spirit of forgiveness from both sides. No one should indulge in unnecessary politicking on the validity or otherwise of the court judgement”.

The octogenerian, therefore, called on the federal and state governments to ensure that there is immediate review of the criminal justice administration law and other enabling rules to ensure that justice is dispensed without delay.

“I have requested on several occasions that all criminal cases, particularly those that dwell on corruption, should be tried within the shortest possible time as specified by law as it is done in electoral matters where election petitions must be disposed within the period of 180 days,” he said.

“A situation whereby cases filed by EFCC, ICPC and other agencies remain untried for a period of six years is indeed an impediment to the eradication of corruption,” he said.