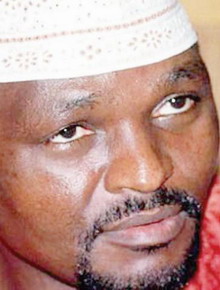 Former Minister of Aviation, Chief Femi Fani-Kayode, has hailed Friday’s decision of the Court of Appeal in Lagos which discharged and acquitted Major Hamza Al-Mustapha of the murder of late Alhaja Kudirat Abiola, wife of Chief M.K.O Abiola.

Fani-Kayode, who made his position known at a press conference in Abuja yesterday, said the former Chief Security Officer (CSO) to late Head of State, General Sani Abacha was unjustly incarcerated without evidence for almost 15 years.

He said, “I have to commend the courage of the Appeal Court judges for doing the right thing.

“If there was evidence, I would be one of the first people to tell you that he should not only be convicted but should be hung at the gallows but there was no evidence.

“This is what I and a number of people in this country are delighted about, that today, the Court of Appeal has freed Major Hamza Al-Mustapha and acquitted him of all murder charges.”