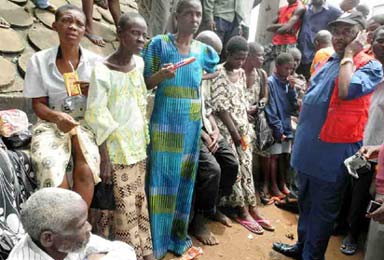 Governor Babatunde Raji Fashola of Lagos State has received harsh words of criticism from the state chapter of Peoples Democratic Party (PDP) for detaining and finally deporting 70 indigenes purportedly of Igbo extraction to Anambra, saying the move was illegal and unconstitutional.

PDP in a statement on Sunday by its publicity secretary, Mr Taofeek Gani, disclosed that the victims were “arrested, detained somewhere in Ikorodu for over six months and eventually deported to Anambra State.”

According to Lagos PDP, the ugly revelation that the state Task Force indiscriminately arrested and detained innocent people, including minors or those who were unable to pay their exorbitant fines, was a testament “to the allegation that Fashola is a fascist and has illegal detention camps all over the state.

“He has indeed showed his real self. We demand a public apology from Governor Fashola and a stop to the recurrent harassment to the economic, social and human rights of non-indigenes in the state,” the PDP said.