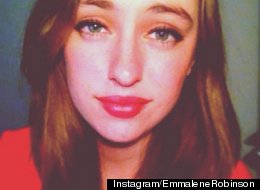 You will not believe this woman’s voice.

A home video of amateur singer Emma Robinson that surfaced on Reddit Saturdayand quickly went viral shows Robinson performing a simple cover of the Rihanna song “Stay.” We could have sworn Robinson had auto-tuned her voice — but, she writes, she didn’t.

“I don’t even know how [to] use autotune, this was recorded on an iPad,” Robinson said in the comments section of another video on her YouTube page.

Other videos Robinson has made of herself singing, which are equally beautiful, appear to back up her claims.

Until anyone can prove otherwise, we hereby declare Robinson a talented wunderkind that the Internet should be thankful ever graced its pages.