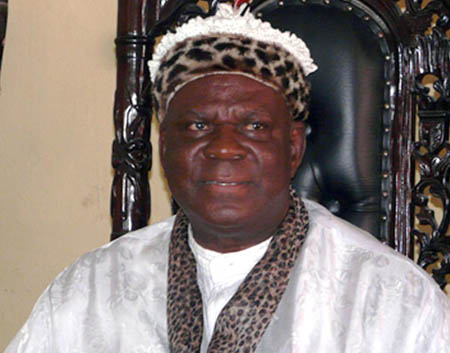 The Court of Appeal sitting in Calabar on Thursday nullified the March 31, 2008 selection and proclamation of Etubom Ekpo Okon Abasi Otu as the Obong of Calabar.

The court gave the ruling in a judgment delivered by Justice Mohammed Garba assisted by Justices Uzo Ndukwe-Anyawu and Onyekachi Otisi.

The court also upheld an earlier judgment of the lower court that due process was not followed and that the selection of the incumbent was null and void. It also ordered for a new selection process for the enthronement of the Obong of Calabar.

Justice Garba said, “The selection and proclamation of the 6th respondent as the Obong-elect of Calabar by the Etubom Conclave of the Palace of the Obong on 31st march, 2008 is hereby set aside.

“The conclave is hereby ordered to conduct another process of selecting a new Obong of Calabar in which all qualified candidates including the 6th respondent will be given the opportunity to participate.’’

According to the court, the process of selecting a new Obong of Calabar should be done “in strict compliance with the rules of natural justice’’.

Mr. Garba said that the first respondent, Etubom Anthony Ani’s right to fair hearing was breached during the selection process conducted by the appellants.

He also ruled that the first respondent who admittedly was not capped/inducted into the Etubom’s Council of the palace of the Obong at the time of the selection process was not qualified and eligible to vote and be voted for as the Obong. (NAN)