Barcelona star Lionel Messi will be part of an Argentina squad to face Italy in a friendly in Rome next month to be watched by Pope Francis, coach Alejandro Sabella has announced. 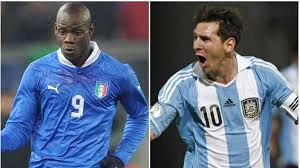 The four-time World Player of the Year is among the 22-strong squad picked by Sabella on Tuesday night to play in the match on August 14.

Argentina squad to face Italy in Rome on August 14