Home Metro News Asari Sparks Controversy As He Says ‘Muslims Have The Right To Give...
Facebook
Twitter
WhatsApp 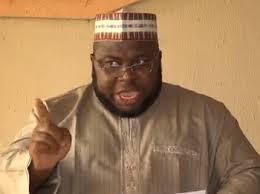 Niger Delta militant turned activist, Alhaji Mujaheed Dokub0-Asari, has berated non-Muslims for showing more than a passing interest in the amendment of the 1999 Constitution by the Senate which reportedly refused to amend a controversial clause that states “any woman who is married shall be deemed to be full of age”.

The implication of the Senators’ refusal to amend that clause to reflect 18 years as the minimum age permitted under the law for a girl to be married in Nigeria sparked outrage as most people argued that it was akin to legalizing pedophilia.

But, Dokubo-Asari, a Muslim convert, would have none of it as he took to social media to lash out at critics, who he accused of infringing on the rights of Muslims.

The leader of the Niger Delta Peoples Volunteer Force (NDPVF) in an unedited post seen on his Facebook said:

“People should learn to respect other people’s sensibilities…We Muslims have the right to marry when we want or give out our daughters at any age we want. It is not your business and the law must respect our right to do so. Anything short of that is an infringement on our rights. We did not ask you to marry ladies of that age or give your daughters out in marriage at that age. Plzzzzzzzz respect our sensibilities” he pleaded.