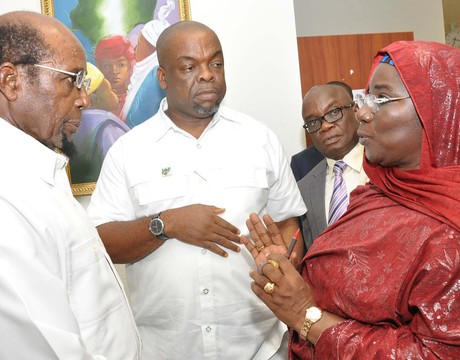 Reprieve has come the way of students of Nigerian Polytechnics as their lecturers have agreed to end their over 2-month old strike action.

The Academic Staff Union of Polytechnics (ASUP), the umbrella body for Polytechnic lecturers, took the decision today at a meeting organized by the Joint Committee on Education of the National Assembly.

The joint committee meeting was organized to resolve the faceoff between the Federal Government, the Academic Staff Union of Universities (ASUU), and ASUP.

The Federal Government was represented at the meeting by the Minister of Education, Rukayat Rufai and her counterpart in the Ministry of Labour and Productivity, Emeka Wogu.

The Chairman of the Senate Committee on Education, Uche Chukwumerije who chaired the joint sitting, pleaded with the striking unions to end the impasse which has brought academic activities in tertiary institutions across the country to a standstill.

The President of ASUP, Chibuzor Asomugha said that the polytechnic lecturers would do all within their powers to call off the strike as soon as possible.

He said: “Our meeting with the Senate Committee on Education was successful. There was an agreement to meet our demands in the next two weeks as the request will be presented to President Goodluck Jonathan for his approval.”

He, however, added that the Senate pleaded that the union calls off its strike action first and give it some time to convey their demands to the President.

Mr Asumogba, who noted that he cannot unilaterally call off the strike based on government’s promise stated, “We will determine when to call off our industrial action after our NEC meeting slated in two weeks.”

The other meeting between the joint committee and ASUU which was also scheduled to hold today did not hold.