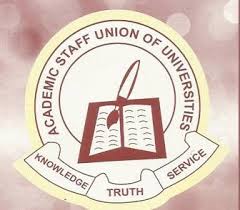 The leadership of the Congress for Progressive Change, CPC has expressed horror at the ongoing strike action by the Academic Staff Union of Universities, ASUU and has blamed Federal Government’s irresponsibility for the action.

A statement signed by National Publicity Secretary of the CPC, Rotimi Fashakin, reads in part: “As a party, we are appalled by the fact that under Dr. Goodluck Jonathan’s watch, being a former University teacher, Nigeria’s tertiary education infrastructure has consistently degraded,” the party said in a statement on Sunday.

“Among the retinue of advisers milling around the President is Dr Reuben Abati, the Special Adviser on Media and Publicity, who started his working career as a University teacher. It seems to us that the presidential team is bereft of the needed direction and patriotism to turn things around in the education sector, more so that the regime has other priorities like the N4 billion voted for the First Lady’s pet-project and the unconscionable jerking up of cost of the new home for the Vice President from N9 billion to N16 billion.”

Fashakin traced the current face-off between lecturers and the Federal Government to the latter’s unwillingness to keep faith with the 2009 agreement it reached with ASUU with only two out of the demands already met.

“The major demand of the University Teachers is the increased yearly sectoral allocation to Education in the Annual Budget to meet the minimum standard of 26%, as enunciated by UNESCO,” it said, adding that such should have been” a no-brainer for any regime that seeks to radically improve the national educational standard”.

Indicting the ruling People’s Democratic Party, PDP, for the falling standard of Education in the country, CPC said, “Between 2000 and 2010, the average sectoral allocation to Education by the successive PDP regimes was 8.12%.

“It is therefore not surprising that in 2010, there was a meteoric rise in fees in tertiary institutions across the country and that no Nigerian University could be found among the first 5000 in the world or the first 50 in Africa and over 12 million children of school age were out of school,” the statement said.

It also noted that there were 98% and 74% mass failure in the 2009 National Examination Council, NECO November/December SSCE examination and 2010 May/June WAEC examination respectively.

“As a Party, we have noted that even the military regime before the infestation of PDP rule in Nigeria had an average of 12.87% in sectoral allocation to Education between 1994 and 1996″.

“Whilst the PDP regimes had been withholding the badly needed investment in Education, Nigeria’s fellow English-speaking West African neighbour, Ghana, has consistently shown commitment to improved Education within its boundaries.

“In 2012, Ghana’s allocation of 31% of its national expenditure to Education paled into insignificance the paltry 8.43% that Nigeria – under President Goodluck Jonathan – spent on Education.

“Should it therefore surprise anyone why Nigerian students have opted for Ghanaian tertiary Institutions in recent times?”

CPC said the staggering $500million (N81.5 billion) in capital flight last year by Nigerians who went abroad in search of better education opportunities, should be a cause for worry to all well-meaning Nigerians.

“What is more galling is the inability of the Jonathan regime to, not only perspicaciously analyse the problem, but move decisively towards the needed implementation.

“On the contrary, the Jonathan regime prefers political grandstanding as a deceptive ploy to hoodwink unsuspecting Nigerians” it said.

On the new federal universities established by the current administration, the opposition party said there was no need for new universities when the existing ones are not receiving adequate funding.

“At the time that the Nation’s Universities needed the fillip with greater funding, the Jonathan regime decided to start nine new federal Universities.

“Aside the federal university in Otuoke, sited in the president’s village, and which, for obvious reasons receives his attention, the other eight new universities cannot even boast of the needed take-off grant,” the party said.

The party said Mr. Jonathan only “preyed on the intelligence of Nigerians in 2010 as a vote –catching ploy.”

“The facts on the ground show that there was really no plan to fund the new Universities.

“It is unfortunate that the scourge of PDP rule on Nigeria is having its toll on the future of Nigerians. We hereby call on Nigerians, found anywhere on this slab of Earth, to demand that the Federal Government implement the agreement reached with ASUU in 2009 without further delay,” they said.