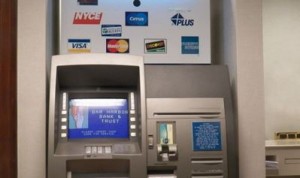 The House of Representatives has directed its Committee on Banking and Currency to investigate an alleged dispensing of fake naira notes by some Automated Teller Machines, ATMs, in some parts of the country.

Moving the motion under matters of urgent national importance, Hon. Yusuf Ayo Tajudeen, noted that in 2001 the Central Bank of Nigeria, CBN, introduced ATMs as a platform for transacting business by customers and used as payment modules in carrying out other businesses such as money transfer, payment of utilities and similar transactions which had impacted positively on banking operations, service delivery and safety of customers fund.

He said: “Despite the positive features of this payment platform, there has been growing incidence of fake naira notes dispensed by the ATMs.

“Many law-abiding citizens have been victims of this unfortunate, unprofessional and immoral practice which has led to the loss of legitimate funds by Nigerians and that in most cases victims of the fake naira notes dispensed by the ATMs, suffer neglect, anxiety and confusion as no concrete and proactive measures are taken by commercial banks to correct these anomalies.”

Tajudeen warned that the trend had the potential of eroding public confidence in banks, impede smooth banking transactions, throw-up ethical questions and slow down investment which would in turn affect the economy.

He said: “Dispensing fake naira notes by ATMs may grossly affect the operation, viability and success rate of the recently introduced Cashless Policy by the Central Bank.”