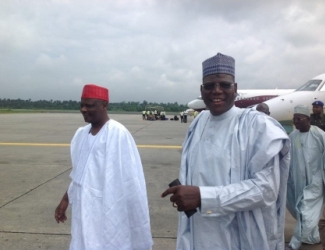 The Rivers state Government has condemned the actions of protesters at the Port Harcourt International Airport earlier today, saying it was worrisome.

Commissioner for Information and Communications, Mrs Ibim Semenitari, who spoke on the backdrop of the visit of four Peoples Democratic Party (PDP) governors from the North, said some of the cars in the convoy of the governors were smashed with stones by the protesters.

“What happened at the airport was worrisome. Amaechi waited for all his colleagues. They were not held hostage. The bus carrying the Commissioners was damaged and some other vehicles were smashed by the protesters”, she said.