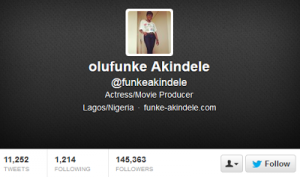 After the actress has released an official statement confirming her divorce, she also had an interview with Stella Dimoko Korkus, it’s official.

The actress has let the cat out of the bag so no need for any more pretense.

Funke Akindele has removed her divorced husband’s name, Oloyede, from all her social media accounts.