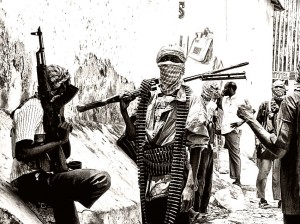 A first generation bank and the Divisional Police Headquarter in Karim-Lamido Local Government Area of Taraba were on Friday attacked by suspected armed robbers.

The state Police Public Relations Officer (PPRO) Mr Joseph Kwaji, who confirmed the attack on Saturday in Jalingo, told the News Agency of Nigeria (NAN), that no casualties were recorded.

He said that the armed men stormed Karim-Lamido town at about 8.30p.m. on Friday and attacked the bank and the police station.

“Yes the attack by a criminal gang suspected to be armed robbers, took place Friday night.

“We are still investigating the situation; but there is calm in the area and our men are searching for the hoodlums,” he said.

The council Chairman, Mr Idi Danfulani, who also confirmed the attack, said he was yet to establish if the gang succeeded in stealing money from the bank.

“There was an attack in the night; armed robbers broke in and ransacked the bank.

“They also attacked the police station, but we thank God there is no report of loss of life,” Danfulani said.