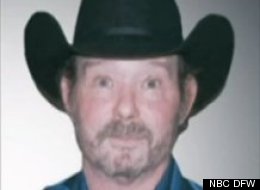 The body of a Texas man reported missing more than three years ago has been found buried in his own front yard, and his wife has been charged with murder.

Ervin Robinson was reported missing by his boss in May 2010, after he didn’t show up at work for almost two weeks, NBC DFW reported. He was 57 at the time.

At the time, his wife, Neola Robinson, told investigators that her husband walked outon her with another woman, but apparently hadn’t taken any money or personal belongings, according to the Star-Telegram.

It wasn’t until last Saturday, though, that authorities received a tip that led them tosearch the couple’s Pelican Bay property, the Associated Press reported. The search ended with them digging up the front lawn, where they found Ervin Robinson’s body.

Neighbors told the Star-Telegram they always had suspicions Neola Robinson, now 62, may have been involved in Robinson’s disappearance.

“I actually heard [Neola Robinson] tell someone at a bar, ‘You shouldn’t sit by me, I might kill ya.’ She laughed, then everybody pretty much just stopped talking to her,” neighbor Lanie Lindsay told the paper.

Neola Robinson is charged with murder and is being held on $150,000 bond.