About 15,000 Nigerians who fled to the neighbouring Republic of Cameroun as a result of intense military operations against Boko Haram insurgents in Borno, on Wednesday agreed to return home.

The Nigerians, mostly from Gwoza Local Government Area of the state fled the country a week ago following renewed military operations against insurgents in the area. 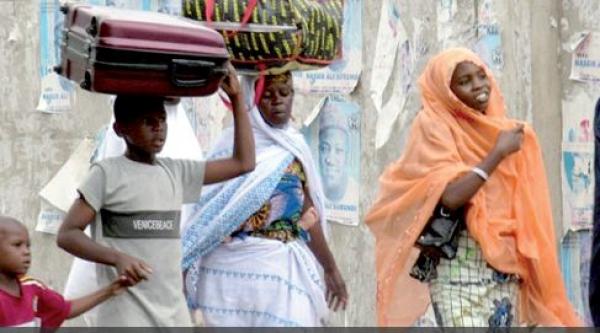 The News Agency of Nigeria (NAN) reports that the communities included Ashigashiya, Ngoshe and Parawa.

Leaders of the communities told the state Deputy Governor Alhaji Mustapha Zanna who visited them that, they fled to save their lives.

One of the leaders, Alhaji Abdu Ashigashiya, explained that they had to leave as they were not sure of getting protection from security agents.

He told the deputy governor that 11 members of the community were killed in questionable circumstances before they decided to flee from their villages.

“So, we began to fear that sooner or later the killing will spread,” he said.

Another elder from Ngoshe village, Malam Siddiki Ali, said the community had never harboured any terrorist.

“Historically, members of our communities have lived in harmony for many years without religious crisis. So, we were shocked by the soldiers’ invasion.”

Responding, the deputy governor urged them to return home, assuring that the government and security agencies would protect them.