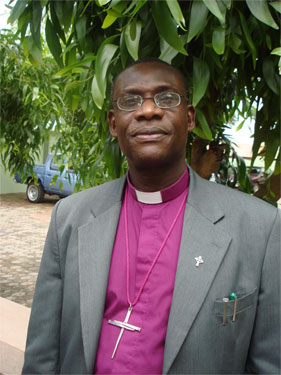 The Bishop of the Anglican Communion, Kaduna Diocese, Bishop Idowu Fearon, on Monday said only those benefiting from the current crisis in the country would oppose the cease fire proclamation by the Boko Haram.

Fearon said in an interview with the News Agency of Nigeria (NAN) in Kaduna that Christian groups opposed to the current rapprochement with the insurgents, should learn to encourage the process in the interest of peace.

“I heard some Christian groups were reacting negatively to the Boko Haram announcement of a cease fire.

“Any Christian who reacts negatively to this act of cease fire is part of the group whom we believed were benefiting from this crisis situation.”

Fearon expressed concern over the growing distrust among Christians on the efforts of government to end the current security challenges in the country, adding that “this lack of trust will not help us”.

“I want to plead with the Christian community, especially the leadership in this country, for the sake of peace, since Jesus is known as the Prince of Peace, I think we need to believe people when they say this is what they want.

“I take objection to any leader who says this cease fire should not be trusted, you are not God, do not Judge anyone whether a Christian or a Muslim.

“It would not help the government when we have leaders speaking negatively on the cease fire.”

The Bishop urged Muslims to use the period of the Ramadan to promote issues that would unite the country and engender peace and tolerance. (NAN)