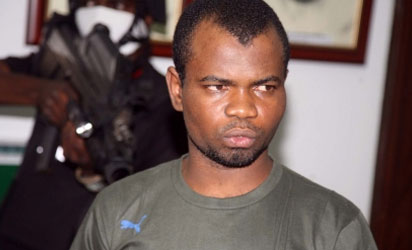 Sokoto, who was testifying in his own defence at the continuation of his trial, reiterated his innocence in the charges brought against him by the Federal Government.

Earlier, the prosecution witnesses had informed the court that the accused voluntarily made a confessional statement in which he admitted his membership of the sect and his role in the Christmas Day bombing.

But Sokoto on Monday recanted as he said the statement was obtained under torture.

He said, “They beat me until I could no longer move my hands. They beat me and asked me how I managed to escape from the police.

“They said, ‘if you don’t tell us the truth, we will torture you again’.”

Sokoto, who said he was an Islamic scholar and teacher, added that he did not have any information concerning the Madalla bombing as alleged by the prosecution.