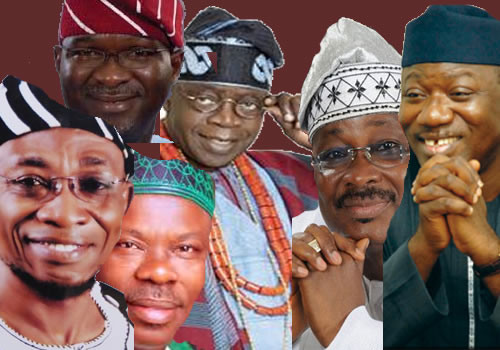 National Publicity Secretary of the Pan-Yoruba Socio-political Organisation, Afenifere, Yinka Odumakin has stated that he ceased being the spokesman of former Head of State, General Muhammadu Buhari after the 2011 election.

Odumakin, in a statement made available to journalists yesterday noted that he stopped working with the national leader Presidential of the Congress for Progressive Change(CPC) after the ruling of the Supreme Court on the party’s election petition on the 2011 election.

He was responding to the CPC’s disclaimer on his personal views about governors of the Action Congress of Nigeria (ACN) which were purportedly interpreted to mean those of Buhari.

The statement read: “My attention has been drawn to a statement in the media by the Congress for Progressive Change (CPC) on my views published on a chat forum which was lifted by PILOT Newspaper and published in its edition of July 17, 2013.

“In the said view written under my name as I have done several years now, I stated that the corruption going on in the South West States under ACN is far greater than what we witnessed under PDP.

“I buttressed my point with the fact that where I dragged Mr. Alao Akala to EFCC in 2010 for asking each Local Government in Oyo state to award 5 kms of road at N250m to a particular contractor, a company linked to the ACN National Leader is collecting a kilometer of road at N1b each in the same region.

“The newspaper quoted me correctly but mistakenly referred to me as ‘Buhari Spokesman’ but never said I spoke for General Buhari.

“Perhaps the paper did not know that I ceased being Buhari’s media advisor shortly after the Supreme Court ruled on the 2011 elections which brought us together for a period of about 8 months.

“I had expected those who want to provide leadership for the country to read the publication they are reacting to before rushing to the media to ‘disown’ who they don’t own. I guess the desire to appease allies overrides this simple process.

“If they had done this due diligence they would have known that there was nowhere General Buhari was linked to my views.”