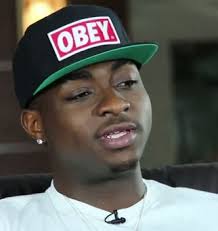 The excitément and thrill of hanging out with a celebrity drove a married woman and a mother of three, Joyce Osifo, into the hands of the known David Adedeji Adeleke, popularly known as Davido, on the 16th of June during a concert in Naples. Presently, Davido is on euro tour and according to NCN source, Davido knew Joyce through her brother who opened stage before him.

Davido came on stage late in the morning, 17th of June, sang few songs and left.

Meanwhile sources revealed that the Omo oba was in his hotel rocking his time with the mother of three who is desperate to come to the limelight through her upcoming show “Miss Black Beauty Italy”. Joyce has three children within the age range of 10, 8 and 6 and she is said to be married.

Most Nigerians girls who are married to white men are said to be sléeping around with young black men and sometimes pay them to get laid. Since this is the known tradition, Joyce Osifo added this to her zeal to be out and maybe get Davido to assist in the sponsorship of her event.

Let us talk below jor. Joyce is beautiful and there is no way Davido could remove his eyes from her. What was Davido thinking or the mother of three? Just wondering why Davido posted on his istagram that ITALY WAS CRAZY.

What really made it crazy?

Is Davido helping Joyce with his upcoming event or a promise to….??