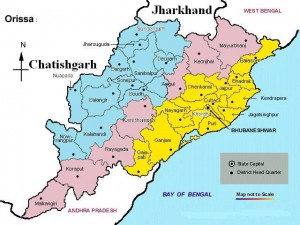 A man believed to have been murdered sprang a surprise when he walked back home in Odisha.

His father Jasodhar of Vijaynagar village in Deogarh district, 300 km from Bhubaneswar, lodged a complaint with the police July 12, Nayak told IANS.

Jasodhar told police that his son might have been murdered by six of his friends with whom he was last seen. Police registered a case and launched an investigation.

In an interesting turn of events, a decomposed body was found in a forest, about 60 km away from the Gadtia’s village.

Jasodhar identified it as his son’s body. After conducting autopsy, police handed over the body to Jasodhar and his family.

The family performed the last rites.

Jasodhar lodged another complaint with the police seeking action against the six friends as a mobile phone used by his son was found on one of them.

Police arrested the six, five July 19 and the sixth on July 22 for the alleged murder.

On Thursday however, Gadtia came home.

He told police and family that he had gone to the temple town of Puri to witness Lord Jagannath’s chariot festival (Rath yatra) after enjoying a feast thrown by his friends.

Police will submit a final report before the court and seek the release of the six friends, currently in judicial custody, Nayak said.

Another investigation would be carried out to identify the man who was cremated, he said.