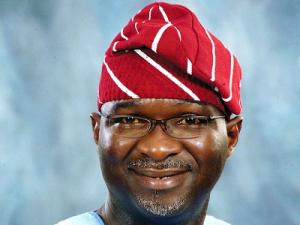 Former Abia State Governor, Dr. Orji Uzor Kalu has issued a 7-day ultimatum to the Lagos State Government to apologise to the 67 persons of Igbo extraction it allegedly deported from Lagos to Onitsha in Anambra State or face legal action.

While describing the purported deportation as the worst ‘insult to any race’, Kalu frowned at the revelation that the deportees were detained in Ikorodu for about six months before what he termed their ‘illegal deportation.’

In a statement issued to journalists on Monday, the former governor Kalu noted there was right to freedom of movement for every Nigerian as enshrined in Section 41 of the 1999 Constitution.

Besides, he argued, it was no secret that the Igbo contribute about 55 per cent to the Lagos economy.

“It is appalling to learn that the deported Igbo were even detained in Ikorodu for about six months before their illegal deportation.

“They were taken to Onitsha in four buses, escorted by anti-riot policemen,” Kalu stressed.

“One of them, Osondu Mbuto, a trader from Ohaozara in Ebonyi State, was on his way to his shop on December 18, 2012 when he was arrested by officials ofthe state’s Kick Against Indiscipline (KAI)and detained for no reason until he was deported in his father’s land.

“The reaction of the state government that the Igbo were deported to reunite them with their families was the worst insult to any race.

Quoting a recent statement by Governor Babatunde Fashola’s Special Adviser on Youths and Social Development, Dr. Enitan Dolapo Badru that the deportation was carried out to reunite the destitute and minors among them with their families, Kalu fumed, “What an affront against the collective will of Ndigbo or any other race in Nigeria to live and do business in any part of the country.

“The action of the state government is not only wicked but a clear breach of the Constitution of the Federal Republic of Nigeria, as amended”, he added.

“To worsen the matter, most of those deported are not even indigenes of Anambra State. Is Anambra State now a dumping ground for any act of illegality? Is Lagos State Government above the law of the country? If not, can it operate another set of laws without recourse to constitution amendment? Is it not a travesty of justice that officers of the Nigeria Police Force (NPF) were even used for this illegal act against the Nigerian state? Was the supervising officer, who allowed the deployment of the policemen, not told that they were going to be used for the deportation of Nigerians they were paid by tax payers’ money to protect in their fathers’ land?

“The action is a gross infraction to the rights of the deportees to dwell in any part of Nigeria without discrimination. With this wicked, crude and primitive deportation, I just wonder why a component unit of Nigeria, under the authority and supremacy of a constitution would choose to be lawless in such an unconstitutional conduct. Not even underthe military would such an action have happened.

“Even if a criminal offence was committed, the place to take them to is the court, not for them to be deported. The action of the Lagos State Government is lawless as it is vexatious and I condemn it in strong terms because it threatens the existence of our country. All patriotic Nigerians should say no to this xenophobic action of Lagos State Government because it usurps the powers of the federal government and disregards our constitution.

“I demand a public apology from the governor within seven days to all those illegally deported and a repeat of such anact must be stopped or I will head to court to defend the interest of the Ndigbo in Lagos. Enough is enough.”