Two days after her foster mother died in a fatal accident in Port Harcourt, the First Lady, Mrs. Patience Jonathan, last night, at exactly 9.40pm, returned to the country from Geneva. 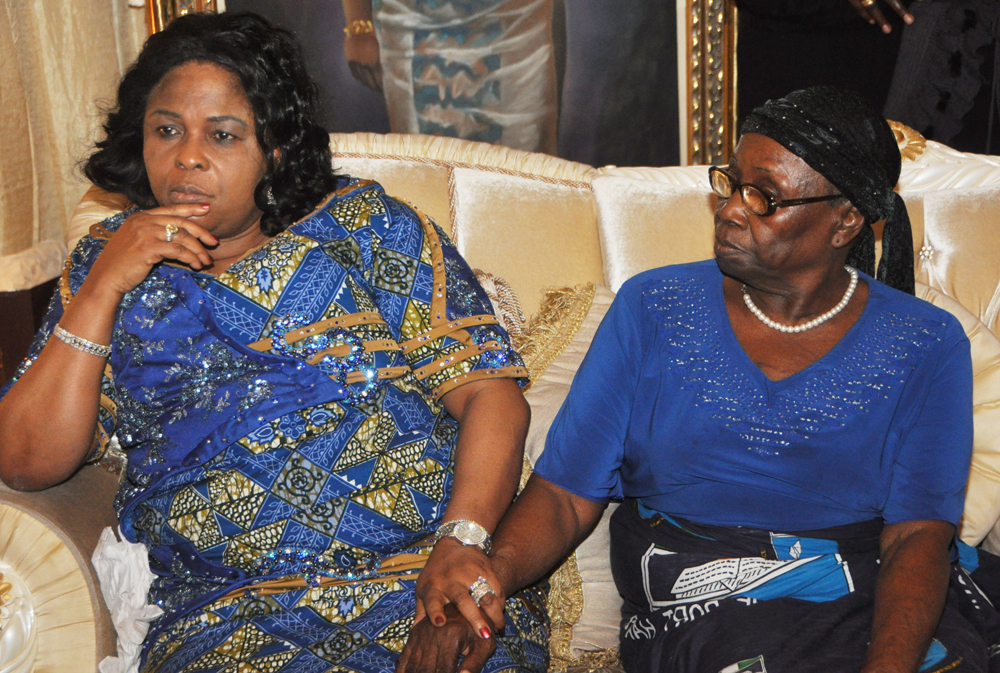 She returned to the waiting arms of her husband, President Goodluck Jonathan, who was joined by former military Head of State, Gen. Abdusalami Abubakar and Chairman of the Board of Trustees of the Peoples Democratic Party, Chief Anthony Anenih, among dignitaries at their official residence in the Presidential Villa.

The First Lady was said to be devastated when the news was broken to her on the telephone.

Others who joined the President to receive his wife were his mother, Eunice; wife of Bayelsa State governor; ministers of transport, aviation, power, science and technology as well as culture and tourism.

Mrs. Jonathan was immediately led into the president’s residence by her husband. The ministers and a few presidential aides were allowed to follow them in.

Minister of Power, Prof. Chinedu Nebo, later led them in a prayer session for the repose of the deceased’s soul, while Anenih gave a brief closing remarks.

As some dignitaries were finding their ways out of the president’s residence, some others, include Governor Peter Obi of Anambra State were arriving to console Mrs. Jonathan.