A British woman returned from a holiday in Peru hearing scratching noises inside her head to be told she was being attacked by flesh-eating maggots living inside her ear. 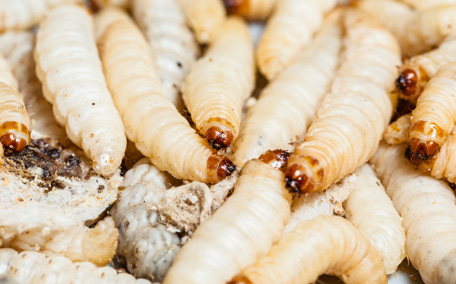 Rochelle Harris, 27, said she remembered dislodging a fly from her ear while in Peru but thought nothing more of it until she started getting headaches and pains down one side of her face and woke up in Britain one morning with liquid on her pillow.

Thinking she had a routine ear infection caused by a mosquito bite, she sought medical treatment at the Royal Derby Hospital in northern England, where a consultant noticed maggots in a small hole in her ear-canal.

“I was very scared. Were they in my brain?” said Harris. Doctors tried first to flush the maggots out of the ear using olive oil.

When flushing the maggots out failed, the medics resorted to surgery and found a “writhing mass of maggots” within her ear, raising concern they could eat into her brain.

“I’m not so squeamish around those kinds of bugs now. How can I be? They’ve been in my ear!” Harris said.